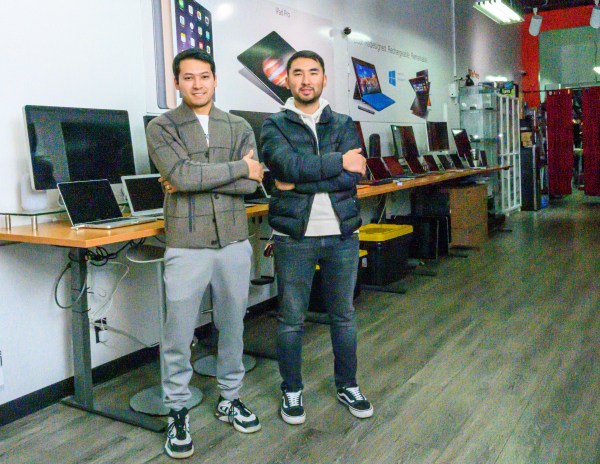 Hector Ekber (pictured left) who owns Techloop Electronics (708 Santa Cruz Avenue) in downtown Menlo Park along with Letif Mijid, admits to being a “tech guy into electronics since I was a kid.” An Uyghur originally from China, it was biology, though, that brought him to the United States. Life was going well until he lost his sponsorship as well as contact with his parents.

By happenstance he met the former Techloop owners, and he and Letif bought the business in June 2019.

“We repair all sorts of electronics — laptops and smart phones and hand held gadgets. We also sell refurbished/used equipment,” he said.

“We’ve grown quite a bit since we took over. We are actively hiring as the two of us are barely keeping up. We’re looking for people who are willing to commit for two years. We can provide paid training.”

Hector says he’s incredibly grateful to the Menlo Park community for making them feel welcome. “Everyone has been so hospitable,” he said. “And customers have been great about telling their friends and relatives about our shop.”

As for his parents, Hector has only been able to make contact with them once. They do have new Uyghur neighbors: Friends recently opened a restaurant, Mrs. Khan, next door where Juban once was. 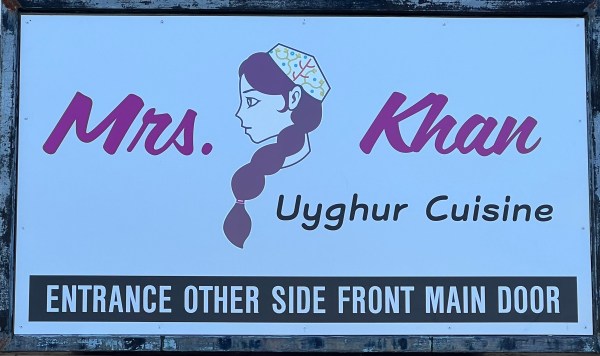 I recently went to TechLoop for the first time, when my son’s hard drive utterly and completely crashed. Letif fixed it and he could not have been better to interact with. He was communicative, responsive, and did it in no time. He called me to explain all the options, and what the price was of each option, before he started working on the computer. He explained very clearly how I could save money which I greatly appreciated. I was so impressed with Letif and will 100% return to TechLoop for other tech issues. Thank you for featuring them in InMenlo, it’s great to have these hard working and honest guys in our community.

I used their services to replace an iPhone battery. They use NON apple parts and they also broke the camera on my phone while working on it and then refused to refund the $60 cash I paid. I took the phone to Apple store and got it repaired properly. They wanted me to return to their store so they could put in another after market battery and “fix” my phone – after they broke it. Then also to threatened to sue me if I shared a negative review about their store. I’m still being harassed by these guys. Don’t give them your business.