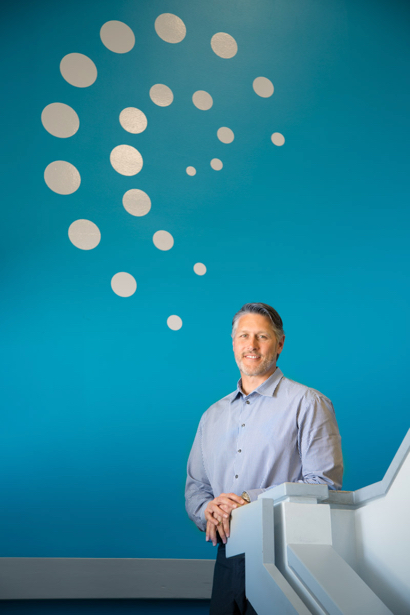 A brand new trophy sat on Earlens CEO Bill Facteau’s desk — and it was one to be proud of. The Menlo Park-based medical technology company had received a “Best New Product Award” for it Earlens Light-Driven Hearing Aid by the 2018 Edison Awards, who wrote:

“Earlens brings people with hearing loss closer to normal hearing than any other hearing aid can. A behind-the-ear Processor and Light Tip convert sound into pulses of non-visible light that activate a custom Lens on the eardrum, thereby delivering the broadest frequency range on the market.”

It’s also an indication that hard work pays off. Dr. Rodney Perkins, the company’s founder and Chief Medical Officer, has been working on the device was 25 years.

In addition to expanding the frequency range delivered to the ear, the Earlens hearing device eliminates the major source of whistling afflicting conventional hearing aids. Clinical studies show Earlens can make it easier for people with mild to severe sensorineural hearing impairment to understand people in noisy environments and participate in group situations.

With FDA clearance now, the company is just beginning to market and sell the device, which is not inexpensive compared to conventional hearing aids. “The world of traditional hearing aids has been commoditized,” commented Bill, an Atherton resident. “At this point, we don’t have the volume to compete on price.

“There’s research that the price of a hearing aid is elastic. Once people acknowledge thy have hearing loss, they are less sensitive to price, particularly if the device, like ours, allowed them to have the ability to hear in complex situations.”

All of Bill’s career has been in the medical device field. “I got lucky early on, meeting someone who opened the way to an interview with U.S. Surgical that lead to a job. I was only 23 years old but immediately fell in love with the industry — there were so many innovative things going on.

“I continue to feel that way and have been fortunate to be involved in game-changing technology that improves people’s lives.”

Not surprising, due to both their age and numbers, baby boomers are the target market for the Earlens device.

“They have the means to spend on themselves and are highly motivated to stay active and stay productive in society,” Bill said. “They’ve come to the realization that if they can’t hear people, they can’t do those things.

“Plus the role of music is so big in their lives. In that respect, Earlens just shines. When music matters, people will pay.”

Note: Given its complexity, we didn’t attempt to describe the Earlens device, which comes with a three-year warranty, in detail here. There is good information on the Earlens website.