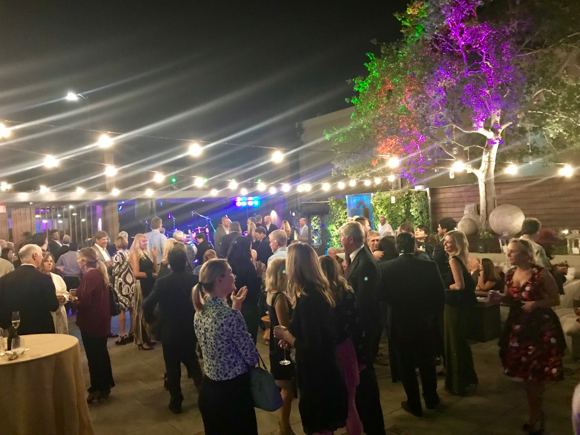 The scene was electric in more ways than one at the Park James Hotel in Menlo Park last Thursday night (Nov. 1) where 500 invited guests had gathered to sip, nibble and listen to the sounds of The English Beat (yes, that ’80s band).

While managed by broughtonHOTELS, the father/son duo who developed the hotel, Jim and Jeff Pollock, have deep local ties, as chronicled in this July InMenlo post. Both were on hand to welcome their guests and celebrate all the people who contributed to making the hotel a reality. 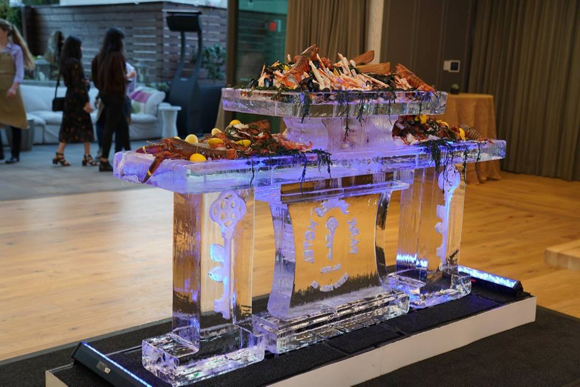 There are a number of nods to Menlo Park’s Irish roots scattered around the hotel, including beautiful Connemara marble tables in the dining room and restrooms labeled in Gaelic. Keeping the Irish theme going, Menlo Park Mayor Peter Ohtaki presented Jeff with a hurling stick, a wooden stick used in the Irish sports of hurling and camogie.

Menlo Park itself is paid tribute. The restaurant Oak + Violet is named for the city’s tree and flower. And one of the signature cocktails is called El Camino, although the main ingredient, El Silencia mezcal, is more south of the border. 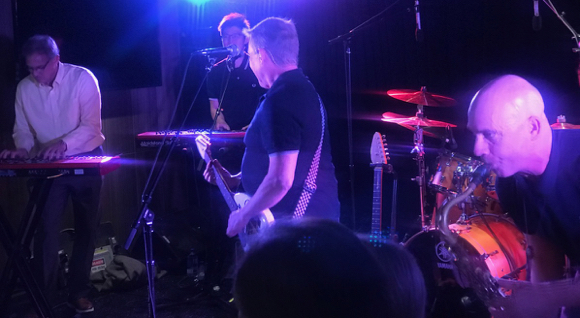 The crowd was quick to the dance floor when The English Beat started to play shortly after 8:00 pm. And Jeff, a skilled keyboardist, joined the band for its opening number.

The Park James is located at the corner of Glenwood and El Camino. Its 61 rooms range in price from $400 to $700 during the week and $199 to $279 on Saturday and Sunday. Oak + Violet serves lunch, brunch and dinner; the O+V Courtyard, which is pet friendly as is the hotel, features an outdoor bar and a small plates menu. 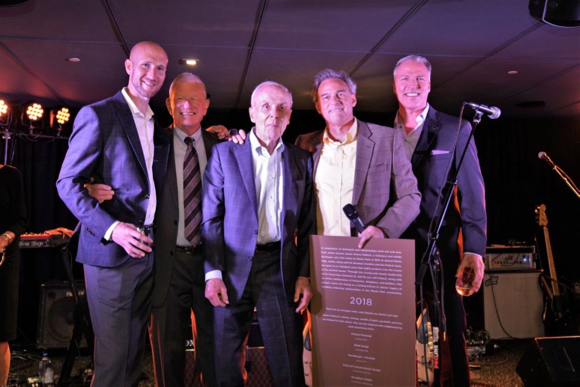 Did they save it for later?