The saga of Alpine Inn aka Zott’s over the years 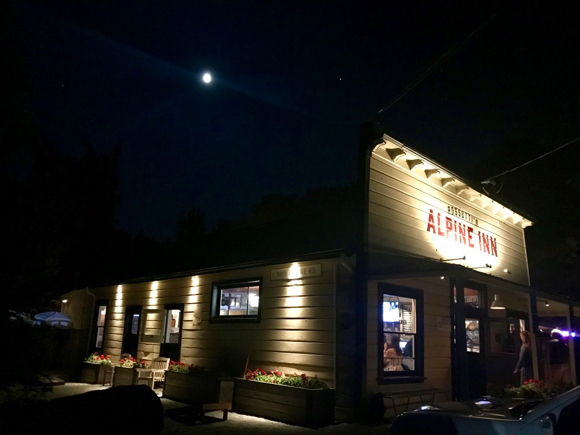 Editor’s note: Our hunch that the re-opening of the Alpine Inn was the biggest attention grabber of 2019 bore out in the in the number of readers’ views on InMenlo and on Facebook. Its saga is featured in our end-of-year coverage for today. Tomorrow we’ll offer a roundup of other people and places that got noticed in a big way in the past year.

Last fall, City of Palo Alto historian Steve Staiger gave an informative talk about the relationship between the Alpine Inn, aka Zott’s, and Stanford University over the course of the roadhouse’s 150 plus years.

Here are some fun facts about our favorite Portola Valley roadhouse gleaned from Steve’s talk. 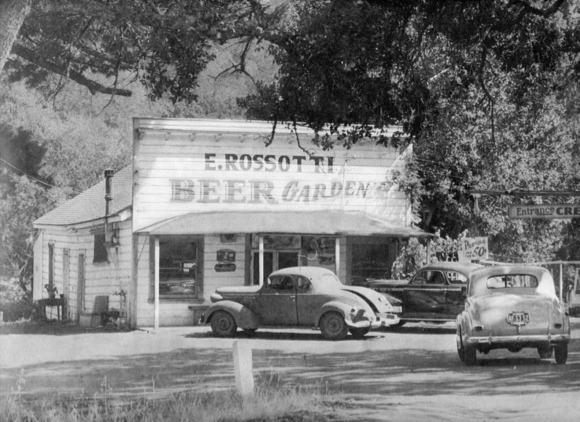 Established in 1852, the year Leland Stanford arrived in California, it is one of the oldest businesses on the Peninsula.

Felix Buelna opened a casa de tableta, a gambling house, where his fellow Californios could play cards, enjoy each other’s company — with their beverage of choice.

In 1868, Buelna sold the roadhouse to William Stanton, a 19-year-old coachman and gardener from Menlo Park, reputedly to cover his losses in a poker game since it’s unlikely that a 19-year- old coachman could have come up with the funds to buy the place.

When Stanton died in a railroad/coach accident in 1887, his family leased the business to F. Rodriguez Crovello, known  as “Black Chapete.” The short, plump bartender with his black handlebar mustache was popular with his growing clientele of locals, teamsters and construction workers building the new Stanford University. 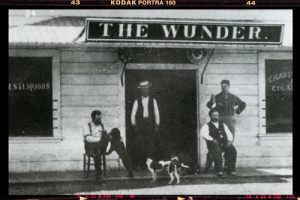 Charlie Wright began a partnership with Crovello. Soon after, Charles Schenkel took over management of the roadhouse, and renamed it “The Wunder.” With the new name came a German flavor, but Schenkel’s proprietorship did not last nearly as long as the new name.

In 1907, Portola Valley farmer Walter Jelich bought Schenkel’s lease and continued the saloon’s operation. Stanford President David Starr Jordan protested the saloon’s presence to the San Mateo County Board of Supervisors, claiming  the establishment had the “reputation of being vile, even for a roadhouse.” The Board of Supervisors did not share the viewpoint of the Stanford University administration. They granted Jelich a liquor license before they even listened to Jordan’s plea. 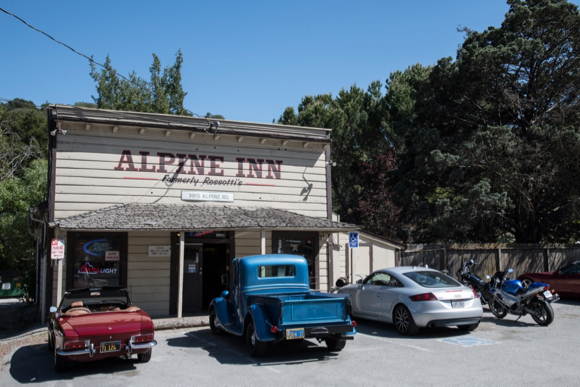 The publicity only increased the popularity of the roadhouse. While local ranchers, farm workers and teamsters continued to patronize the roadhouse, it was the Stanford students who made it profitable business for more than 70 years.

During WWI, the army’s Camp Fremont in Menlo Park created a dry zone surrounding the camp. Fortunately for the soldiers the dry zone did not extend to the roadhouse!

During Prohibition the roahhouse was renamed “Schenkel’s Picnic Park” and San Franciscans were encouraged to come down and enjoy the sunny countryside. Advertised non-alcoholic beverages were sold — and more potent beverages were reputedly available to those in the know.

When Prohibition ended in 1933, the Stanford students returned and Schenkel retired. The lease passed to Enrico Rossotti who eventually purchased the property from the Stanton family. The Rossotti’s business became more than a saloon. Burgers and similar grill food were popular with customers. 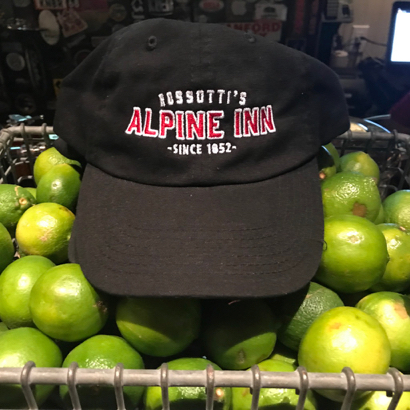 It’s unclear when the Rossotti family transferred interest in the roadhouse, as early as 1940 and as late as 1956.

Don Horther and John Alexander took over the roadhouse in 1956. They renamed the place “Alpine Inn Beer Garden,” but patrons — even today — continue to refer to the roadhouse as “Rossotti’s” or even more casually as “Zott’s”.

On August 27, 1976, a group of SRI International scientists drove a van out to the Alpine Inn and set up a mobile radio with a computer terminal on one of the picnic tables and successfully sent an electronic report — the first email —  to the SRI offices in Menlo Park, then on to Boston. Thus, the plaque on the outside wall identifies the Alpine Inn as the “site of the first Internet transmission.”

Dan Horther died in 1988 and six years later John Alexander died, leaving the business in the hands of his widow Molly. She continued operating the business until old age caused her to hand operations over to others. Her death in 2017 led to the recent sale and major renovation.

The road house was dedicated a state historical landmark in 1969  and later placed on the National Register of Historic Places in 1973.

Was there a brothel here during the stagecoach days?

Good old days. Hood to all my drinking pal’s.

Thanks for info on the Alpine Inn. Enjoyed the history info

My family were the prior owners of the Alpine Beer Garden. My parents, though not well known, have the history of owning the Beer Garden longer than any prior owner. Its been in my family for 62+ years. Although, I appreciate the history, I think what would make it more interesting and exciting, is hear the stories that made it so special from the ghost that was near the barbecue pit in back to the Stanford student who had his bed brought in from his dorm because he spent so much time there. Or when John McEnroe was there and made
everybody laugh because he was sitting in my mother’s stool. So many
stories which I think adds to the charm of the Beer Garden. It was always so special to me and my family and a little sad having to let it go.
However, the new owners have done a great job so I’m sure the Beer Garden’s history will continue to grow for many generations.

Last week while at the BG I was told that there was going to be a lecture this weekend in Palo Alto regarding the Alpine’s/Zotts history. I am very interested in attending. Can you please email me the information regarding the lecture.

Thank you,
Geri Alexander
Daughter of John and Molly Alexander

Hi Geri, Steve Staiger will be presenting his talk this Sunday at 2 pm at the Palo Alto Art Center from what I saw and noted on my calendar. It is being hosted by the Menlo Park and Palo Alto Historical Associations.

The event has been cancelled. Shucks

Geri, much thanks from my family to yours for so, so very many happy days. Your place is a treasure, and long may it live.

My Uncle was co-owner Don Horther who sadly left us way too soon. I remember one of my dreams as a kid growing up in Seattle was one day to live in the old apartment out back! My favorites memories are carving into the tables with a pocket knife and climbing that mammoth old tree that hung over the parking lot. I hope to return some day and see all the changes.

We must be related then. My moms dad was Don Horther. He died when I was only 2 months old, but I grew up going to the bar with my mom and my siblings.

In the early 1950s my grandparents Rudy and Elizabeth Hubner ran and or owned the Inn until my grandfather’s death in a car accident in 1955. That seems to fit into your printed history. I remember visiting it in the 1950s. I find the history interesting. Thanks for the info.