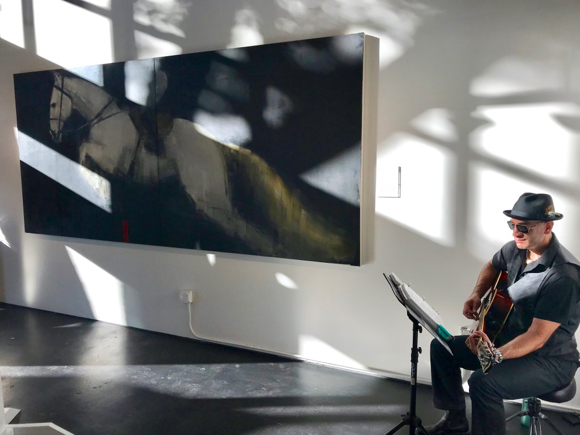 The Menlo Charity Horse Show begins tomorrow at the Menlo Circus Club.  But that’s not the only place horses have shown up. They’re in downtown Menlo Park, too.

Well, not the live kind, but rather those springing from the hands of artists.

Jill Layman, owner of A.Space Gallery has assembled an exhibit titled A Noble Companion: Art Expressions of Horse and Rider, which will continue throughout August. The gallery will donate 15% of sales made during the MCHS competition (August 7 – 12) to Vista Center for the Blind and Visually Impaired, the charity supported by the annual show. 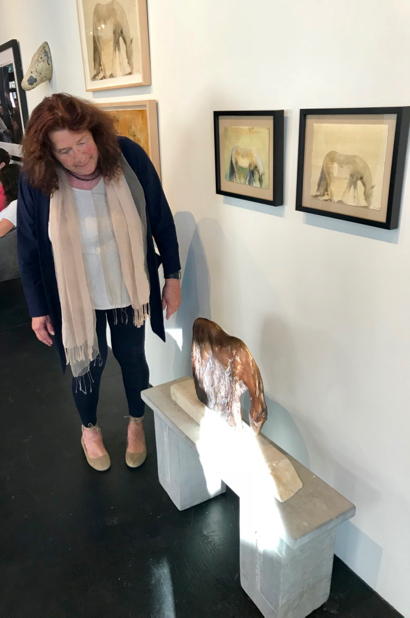 “Living here, I’ve attended the show over the years, and my daughters used to train with Nancy Hey,” Jill explained. “I already had some horse paintings in the gallery and took this opportunity to expand our offerings.

“I hope both competitive equestrians, pleasure riders and anyone who appreciates the majestic beauty of horses will enjoy seeing the artistic talent represented in this unique exhibit.”

During the opening reception last Friday night, we visited with artist Jane Rosen, a transplant from New York who now lives on a 40-acre horse ranch in San Gregorio. “I would touch the horses and bring them carrots, becoming what some might describe as a ‘horse lady,'” she said about her initial experiences with four-footed steeds.

“One of the horses was named Cash. I asked about him and was told ‘he doesn’t want to be ridden.’ I thought, ‘perfect, as I don’t want to ride him.’ Instead I bought him a mare as a companion.

“Being amidst horses, you can just feel their energy. Living with them changed who I am.” 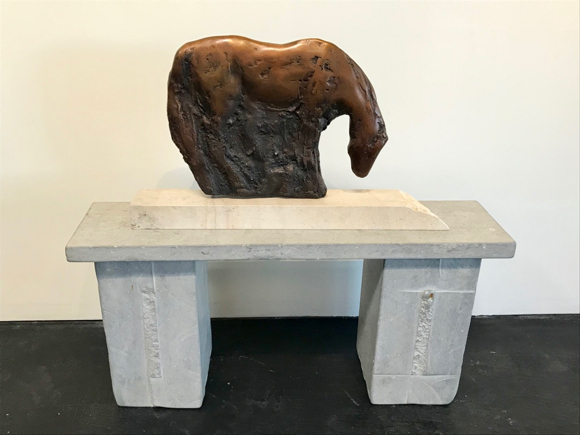 Side note: Friday’s reception was a good example of the use of A.Space as an event venue. One of Jill’s goals when she opened was to rent out the gallery for private events.

Photos by Linda Hubbard (c) 2018; top photo of guitarist next to “White Horse and Rider” by Rebecca Kinkead; above right photo of Jane Rosen looking at “Chestnut Cash Cut Out,” which is also shown as stand alone photo above

LOVE YOUR WORK FROM THE FIRST TIME I SAW IT !