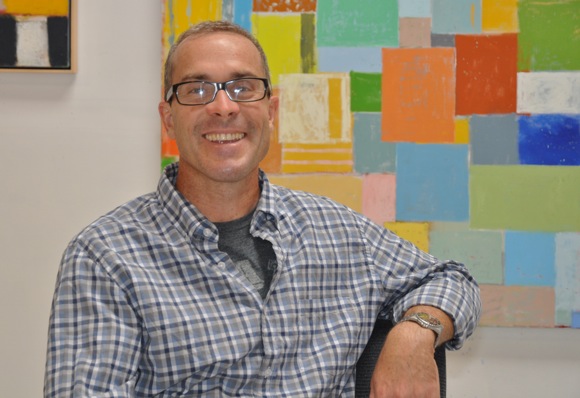 As we looked over the posts that caught the most attention in 2010, we were struck by the diversity of subject matter. So to wrap up the end of this year and start 2011, we thought we’d share the top 20 posts of 2010 with you. Here are numbers 11 to 20; we’ll look at 1 to 10 on New Year’s Day. (Pictured with this installment is artist Mitchell Johnson, whose profile on InMenlo ranked #11 for the year.)

19. Jewel of Santa Cruz Ave.
This Italianate house was hidden by foliage for years but can now be seen in all its splendor. Note: we’re still looking for someone who knows the home’s history!

18. Ellerdale Project: Making sense of Twitter’s “fire hose”
We discovered quite a few startups hiding in plain sight in downtown Menlo. The Ellerdale Project was one; it was acquired in July by another start up – Palo Alto’s Flipboard.

14. Frozen yogurt craze sweeps Menlo Park
Yogurt shops sprouted like weeds in 2010 but only one was locally owned – The Mix, which opened in February on the Alameda de las Pulgas and is owned by Susannah Albright and Jamie Schein.

13. Willow Garage: Menlo Park’s little shop of wonders
Robots that can do just about anything abound at this Menlo Park start up that aims to some day bring one to your home.

11. Mitchell Johnson: Making sense of the world through painting
Artist and Menlo Park resident Mitchell Johnson is equally comfortable painting landscapes plein air and abstracts in his local studio; his works appear in more than 500 collections.